There are applications for artificial intelligence in gaming that go beyond making in-game opponents more cunning and NPCs more responsive. Check out some of the current and potential use cases for AI in the gaming industry.

The gaming industry is a remarkably thriving space. The numbers speak for themselves. The market is projected to be worth $90 billion by 2020.

This industry was always “married” to technological advances. From the first rudimentary games like Pong, invented over 50 years ago, to advanced VR games of the modern day, enabling incredible emersion through hardware like haptic suits. It has always been a race to build better, more immersive, and more entertaining games.

But the products of the video game industry are just as much about the software as they are about the hardware. Innovations in the gaming industry are a blend of both. That’s why everyone who played their fair of video games (or still does) is not alien to the concept of AI. For gamers, AI has always meant the way the game responds to their interactions. Gamers don’t want characters blindly surrendering to them during a match or non-player characters (NPCs) staring blankly at a wall. AI could make or break the game.

So even before the term "AI" entered the mainstream, popularized by tech giants like Google and Apple, gamers had been familiar with the concept. Some people think that games laid the foundation of AI as we know it, as games were one of the first software systems interacting with humans on a rather high level.

However, AI now means a lot more in the context of modern tech. And that also rings true for the video game industry. The applications of artificial intelligence in gaming now transcend the boundaries of in-game experience, affecting game design and business use cases.

Let’s take a closer look at some of them. While they may not seem to hold direct value for gamers, they change the way video game companies develop, promote, and manage games and in-game experiences.

No overview of AI in gaming could be complete without looking at the advances of in-game AI. While the artificial intelligence in games got updates here and there, the domain remained relatively flat without any breakthroughs. And that’s not a surprise; modern gamers prefer playing against other people rather than against AI. That’s why multiplayer games rule the industry. But companies that don’t even produce games keep investing in gaming AI for various reasons, other than trying to build a better game.

Performance of AI in games validates the potential capabilities of AI in general. Think of these innovations as marketing for the general concept of AI. In 1997, IBM’s Deep Blue made headlines by winning against the best chess player in the world at that time, Garry Kasparov. Remarkably, 20 years later, Elon Musk’s OpenAI project made a huge splash when it won against some of the best Dota 2 players in the world. This leap from winning a purely math-based game to winning a P2P game involving a lot of seeming unpredictability was truly giant for AI.

These advances also validate technologies that enable AI. For example, OpenAI used a technique called reinforcement learning to win against its opponents. While this approach isn’t useful for many of today’s AI applications, it validates the potential of AI that goes beyond automation.

For a while, the evolution of graphic design in games was heavily tied to the performance of the hardware. That’s why when Crysis came out in 2007, only the best PCs could run it smoothly. Even today, some computers have issues running the game above 60fps. Many software technologies introduced in that game were far ahead of their time.

But that’s no longer the case for even mid-range graphics capabilities, with hardware being able to process tons of data and create realistic renderings in real time without performance issues. That’s why video game companies are actively exploring the capabilities of AI in games, enabled by powerful hardware and major developments in all the flavors of AI (deep learning, etc.). The effect is bilateral.

There are research initiatives and experimental projects that use artificial intelligence to produce smoother image renders. These developments can improve both the quality and the rendering speed since AI can be taught to recognize the optimal final shape of the render and pre-populate it.

A project by Nvidia and Remedy Entertainment uses AI to create high-quality facial animations out of audio. Yes. Audio. The system can recreate facial expressions using just the audio that you supply. No need to have actual people filmed and then transformed into graphics. Yet, this tech still can’t match professional actors, as demonstrated by Andy Serkis below:

Neural networks that power systems like the infamous Deepfake videos are used for in-game rendering and graphics improvements. Even people inexperienced in machine learning and AI can build a system that improves video game graphics. Like Chintan Trivedi, who improved FIFA graphics and even managed to insert his face into the game.

Create ambitious AI projects
with Iflexion
Get in touch

This section will talk on the game concepts that serve as the foundation for the graphics rather than about graphics themselves. It’s the ideas, concepts, and game mechanics that make games fun.

Designing engaging game levels or mechanics is challenging. But companies that manage to do it, even while delivering worse graphics, reap the benefits and delight gamers. All of the successful indie games visualized in 2D and top-down views are a testament to that. 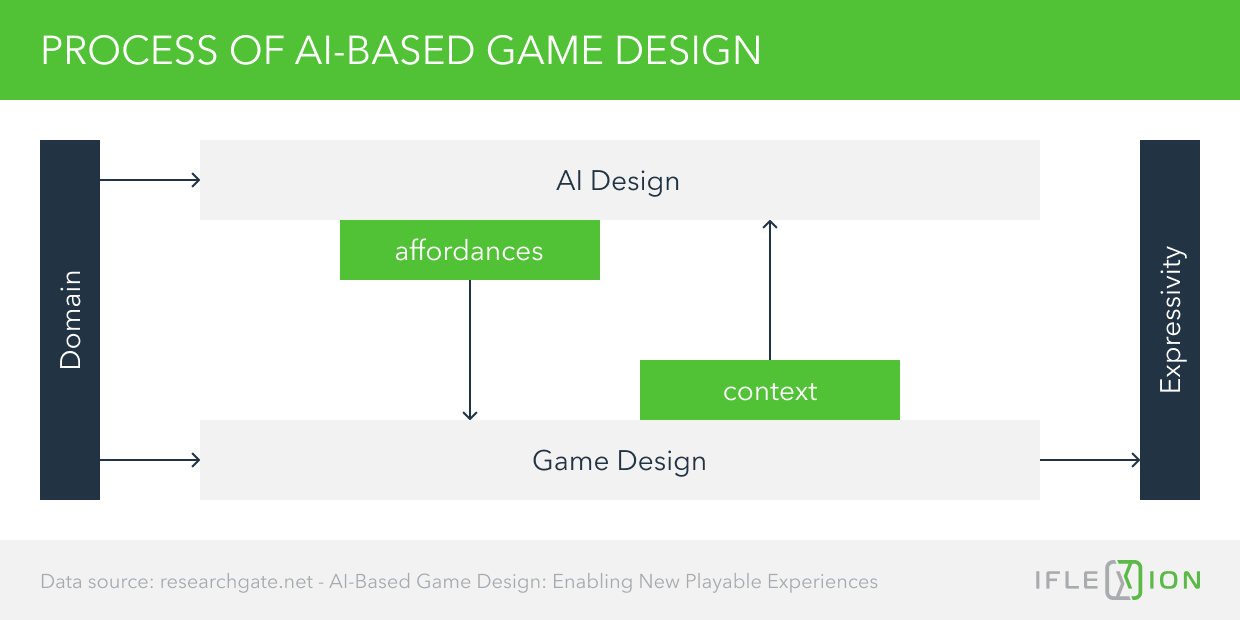 For example, evolutionary computation is a subset of machine learning techniques that are aimed at improving results based on prior experiences. With more traditional machine learning, algorithms learn data from the past to predict the outcome. In the case of evolutionary computation, the algorithms learn to improve the outcome.

The most famous system of this type is ANGELINA, which comes up with new level design ideas and game rules. A person still has to polish the concepts generated by the AI, but it’s a step in the right direction. However, many of such techniques are still in their infancy.

Back in 2012, games like City Conquest used AI for playtesting, where the AI-driven system would explore game options and come up with strategies. This process discovered flaws in the game and allowed the developers to better polish the product.

Yes, the design is rudimentary, and the game is pretty old (the original DOOM). But it’s a significant first step in the right direction. With the current advances in AI and neural networks, in particular, this might become the standard for game design in a decade.

We already mentioned that video games are a great environment for AI. And so we wanted to briefly reverse things around and talk about the influence of video games on the development of AI.

Games offer a unique environment for problem-solving skills. Many games challenge creativity on a whole different level. That’s why they’re perfect for testing AIs. For example, the OpenAI project created an AI without any goals (it wasn’t given an outcome that it should aim for), so the AI simply started exploring the games out of what humans call "curiosity." No other environment provides this kind of research opportunities. 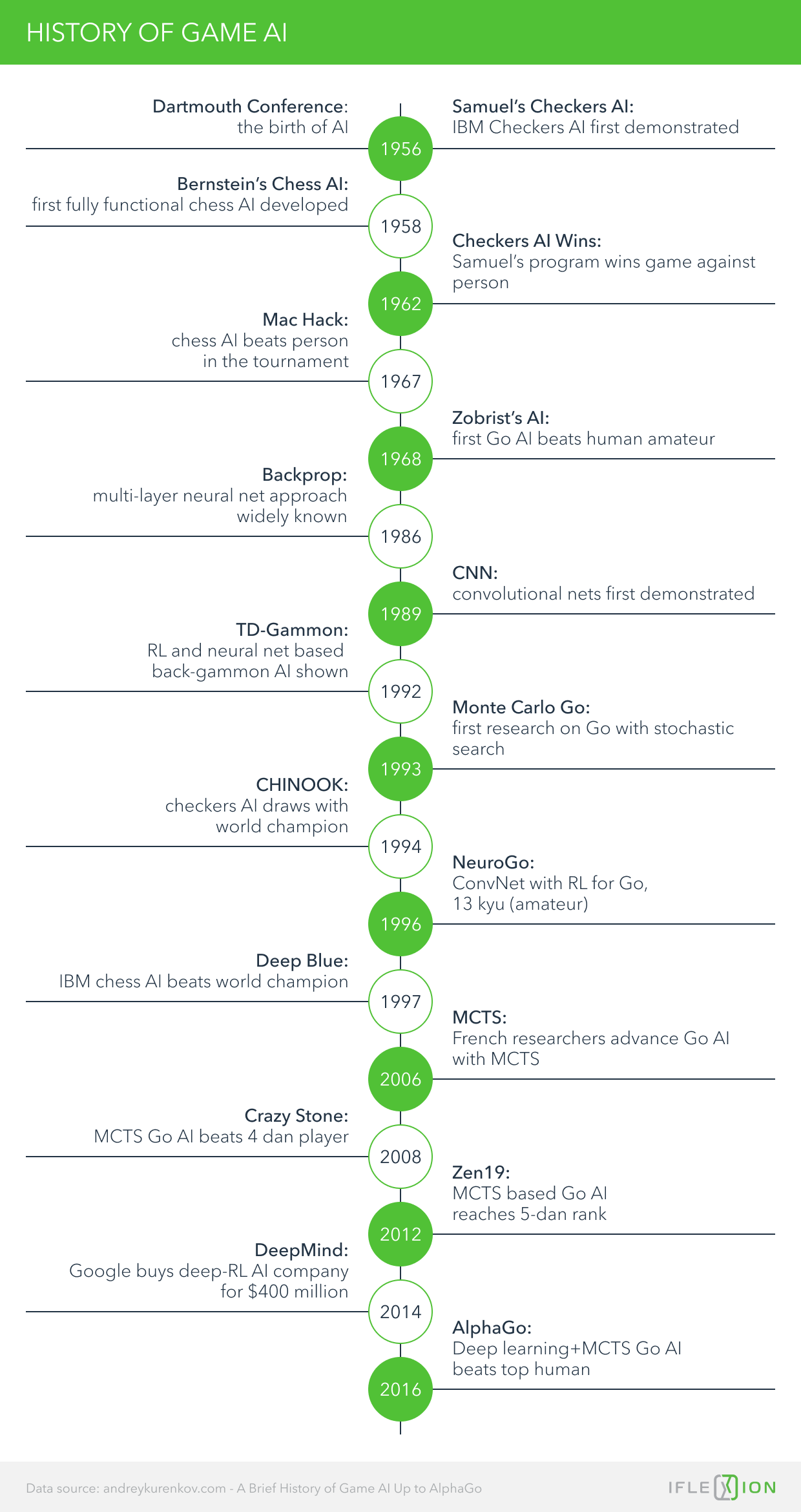 Not to mention that games offer almost infinite possibilities, which means data to train AI could be generated almost infinitely too. For example, the number of possible plays for chess is higher than the number of atoms in the observable universe. That’s why it takes an AI to beat a real grandmaster. A hard-coded machine usually doesn’t have the "creativity" required to make such complex decisions.

Now let’s get back to some of the more routine applications of AI in games. Cheating and fraud are a real problem for all kinds of gaming communities. From multiplayer games to online gambling sites—everybody hates cheaters. The problem is that there are too many of them. According to Irdeto, a cybersecurity firm, around 37% of gamers have cheated at least once.

Microsoft recently filed a patent for an AI system that uses machine learning to detect cheaters. Even the Carnegie Mellon University published a scientific paper on cheaters in distributed multiplayer games and how these bad actors can be identified.

The finances in games with a significant number of transactions can be monitored for anomalies with a variety of algorithms designed to find outliers or anomalous transactions. These solutions are usually built with the help of unsupervised machine learning. These algorithms are specifically designed to detect patterns within data that don’t fall under usual behavioral patterns. And gaming giants like Valve are already using deep learning to detect in-game cheaters.

The modern gaming industry is a cut-throat business. The staggering growth attracts new players. There are tons of development tools that allow almost anybody to create games. And platforms like Steam allow those indie developers to have a market. The rules of the game are even more brutal in mobile gaming, a market that’s been exploding for the past couple of years. Today, it’s a $50 billion industry. 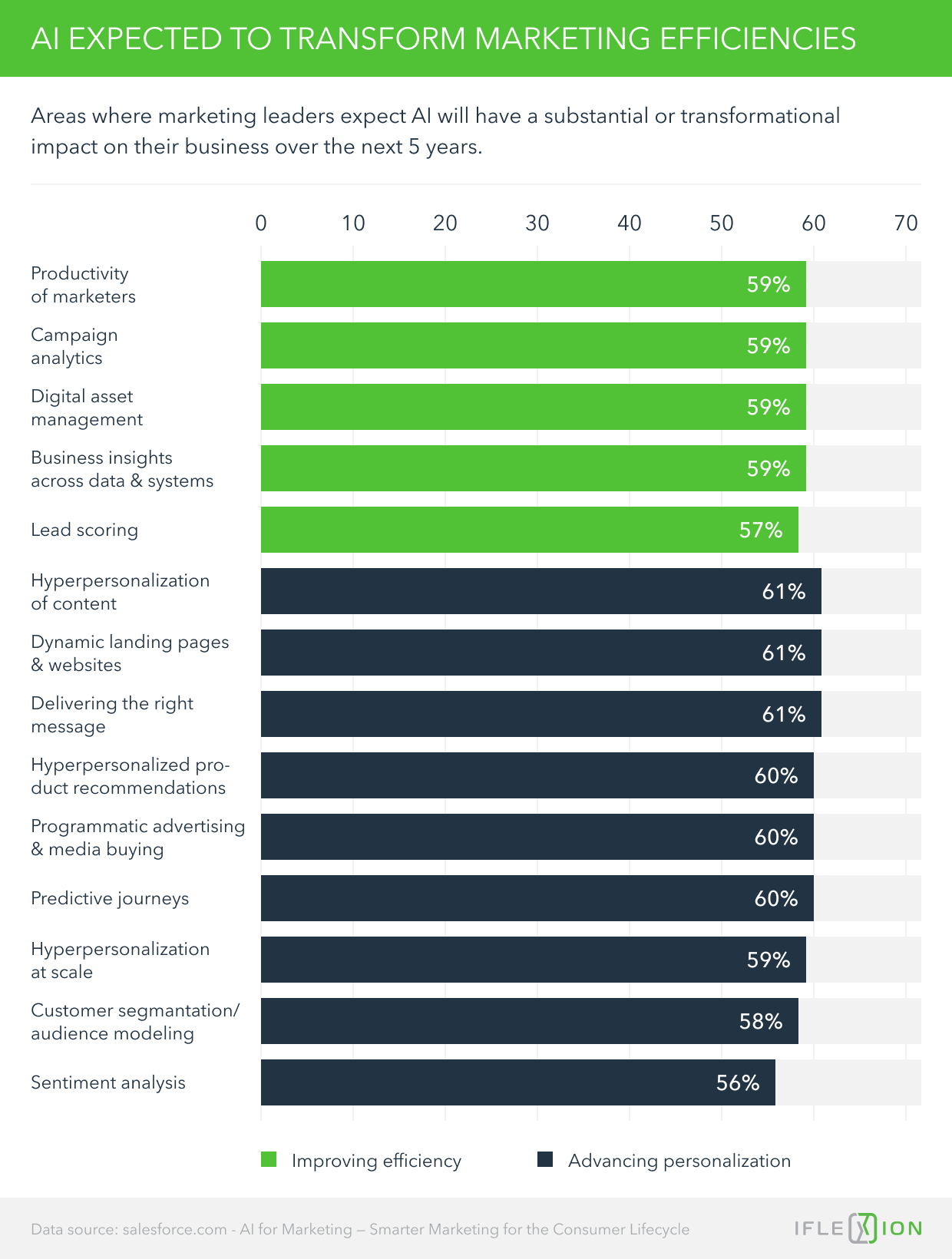 Naturally, getting ahead of the competition through any means possible is exceptionally important, especially when it’s hard to differentiate. For example, card games and other gambling sites are a hugely competitive market. When you can’t differentiate in a market like that, you go for marketing and customer analytics as some of the few available growth drivers.

Luckily, there are tons of applications for AI in this specific domain:

These are just some examples, but the list is endless. There are plenty of custom-made, open-source, and enterprise solutions. Most of such systems are aimed at retail and other consumer-centric industries, but their capabilities could be adapted for the gaming industry too with the help of AI consultants.

We recently covered demand forecasting as one of the most lucrative use cases for AI. It works for manufacturing, retail, and many other industries. But how can it be applied in the gaming industry?

As you can see, artificial intelligence in games is not a new concept. It may have even been spawned thanks to video games. And it’s obvious that some of the biggest innovations in AI research are generated with the help of games. We haven’t even covered some of the bleeding-edge innovations, like integrating AI into VR and AR experiences. It’s an exciting time—we’re witnessing the first steps to the singularity.

The gaming industry is as complex as it can get. From AAA game dev studios to gambling corporations. From single-person development companies to crowdsourced game development teams. There is a breadth of products and a breadth of data, which can be used to make gaming experiences more engaging, realistic, and lucrative for startups and enterprises alike.