React Native vs Xamarin: What Any CTO Needs to Know

In this Xamarin vs React Native face-off, we compare the best and worst aspects of the two immensely popular cross-platform native app development tools.

When you consider the cost range for each stage in the development of a mobile app, it's not surprising that an increasing number of companies and organizations are turning to write-once-run-anywhere development frameworks like Xamarin and React Native. 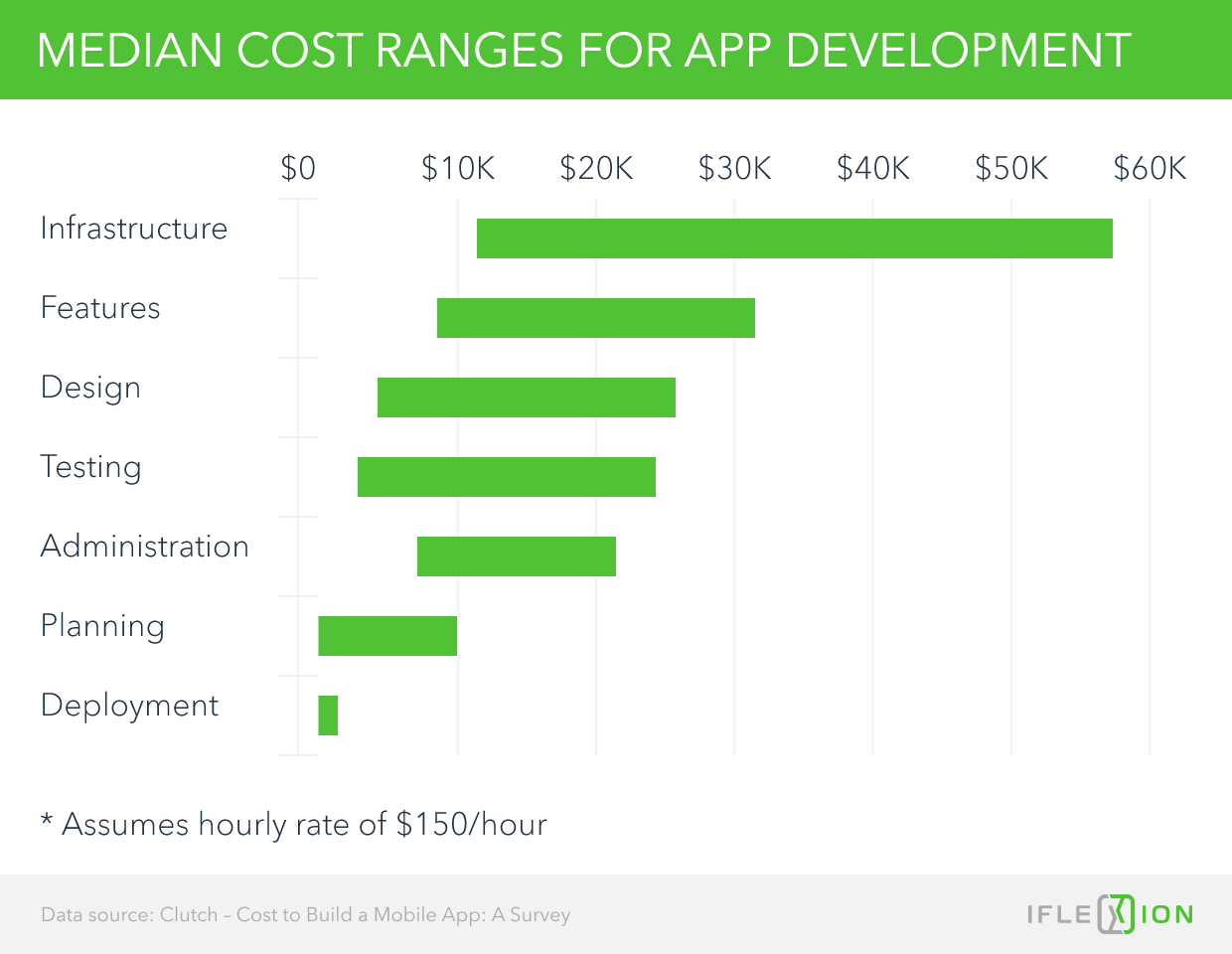 Both React Native (owned by Facebook) and Microsoft's Xamarin have gained a loyal following among enterprises wishing to reduce the time and costs involved in development, without sacrificing the quality, performance and user experience typical of true native mobile apps. Let's run a head-to-head comparison of React Native vs Xamarin and see which option is best for enterprises.

Xamarin vs React Native: A Comparison for Enterprises

The mobile technology team at Iflexion includes developers who have worked with both of these leading frameworks, so we asked them for their views on which solution would come out on top in the Xamarin vs React Native comparison. The following paragraphs summarize their comments on this matchup of mobile app development tools. In order to keep this comparison enterprise-friendly, we've tried to focus on factors that will matter to your business overall, rather than concentrate solely on developers. With that in mind, our Xamarin vs React Native comparison is centered on the following areas of interest:

These elements and characteristics should help you if you are planning to procure a cross-platform framework, either for an existing development team or in conjunction with hiring. It will also be useful if you plan to outsource development, as it always helps to enter discussions with some knowledge of the platforms used by service providers.

Before selecting React Native vs Xamarin for your mobile app development solution, you'll want to evaluate the costs of procurement and implementation, so licensing is clearly an important factor in your decision-making process. The good news is that both Xamarin and React Native (RN) are open-source frameworks. React Native has always been, but in the case of Xamarin, it took the acquisition by Microsoft to open up access to the SDKs and tools. Had that deal not happened, the prohibitive licensing costs of Xamarin would probably have rendered it a far less popular cross-platform solution than it has ultimately become. Indeed, data from Stack Overflow shows an explosion in Xamarin interest among developers after the Microsoft acquisition. Questions posted about Xamarin jumped from 20% of the total questions asked on Stack Exchange at the beginning of 2016, to 45% during the second quarter of that year. 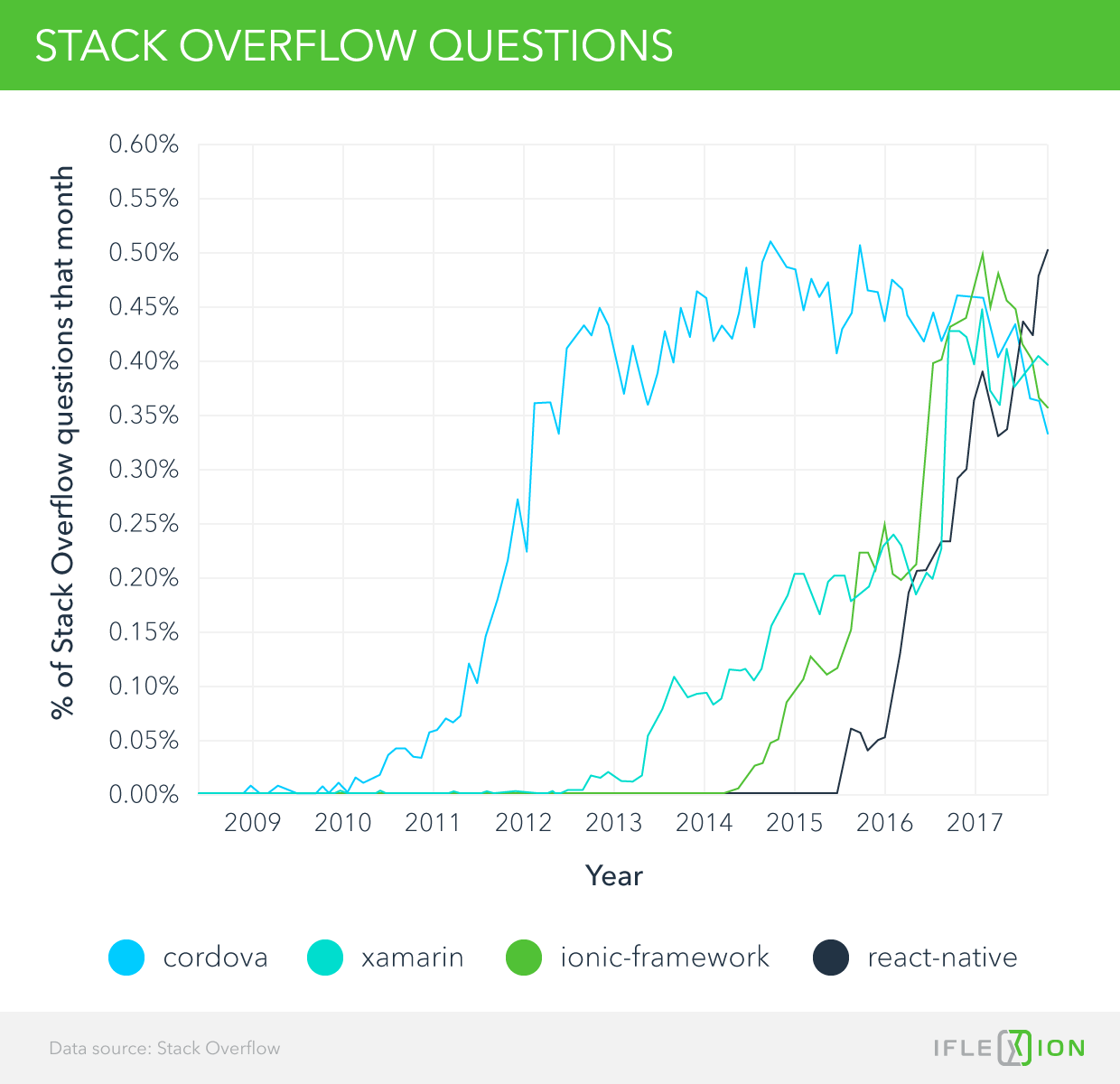 It would be logical to presume that Microsoft's decision would place Xamarin and React Native on a level-playing field in terms of suitability for commercial use. However, there is a twist in this plot, provided courtesy of a rather ambiguous and awkward patent clause that Facebook imposes on the users of React Native. This clause reduces the desirability of RN as a solution for building commercial apps. 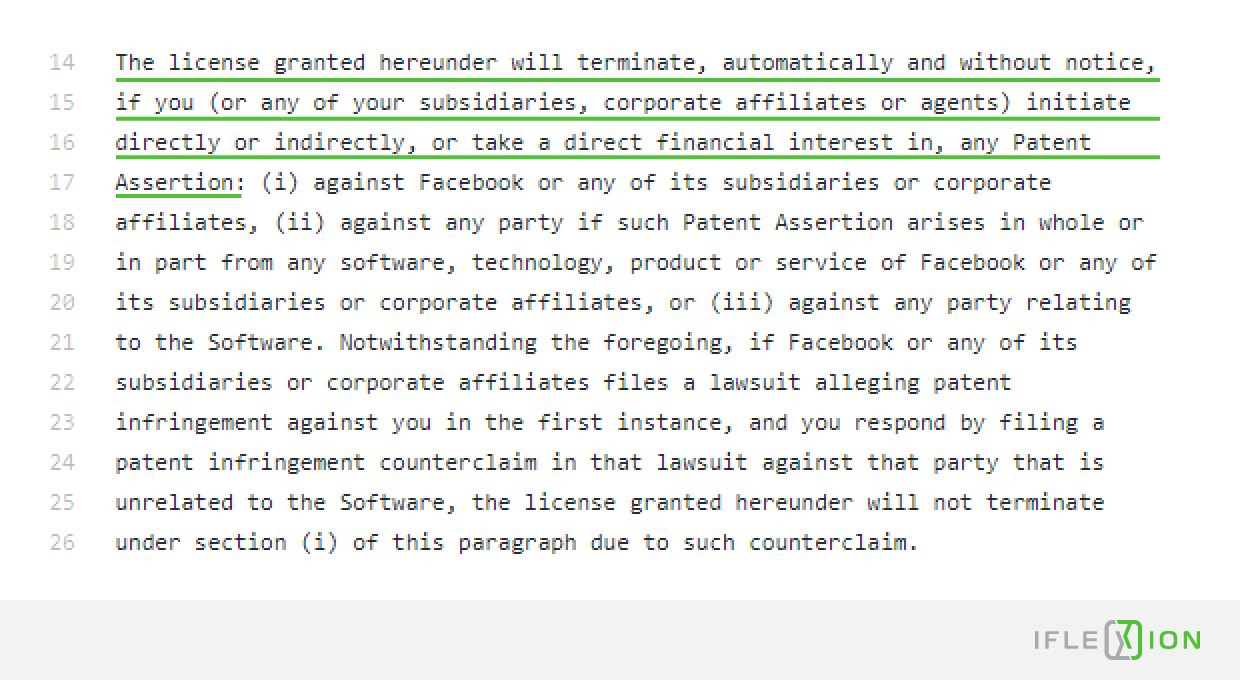 While there isn't much to choose between the two competitors in terms of cost then, Xamarin's licensing approach presents less risk if your apps will become (or be integrated with) commercial products.

While there isn't much to choose between React Native and Xamarin in terms of cost, Xamarin's licensing approach presents less risk if your apps will become commercial products.

React Native uses a unidirectional data flow framework which, according to some reports, makes for a higher development productivity. It's also a more deterministic method of data management and is less liable to side-effects than the MVVM design pattern utilized by Xamarin. 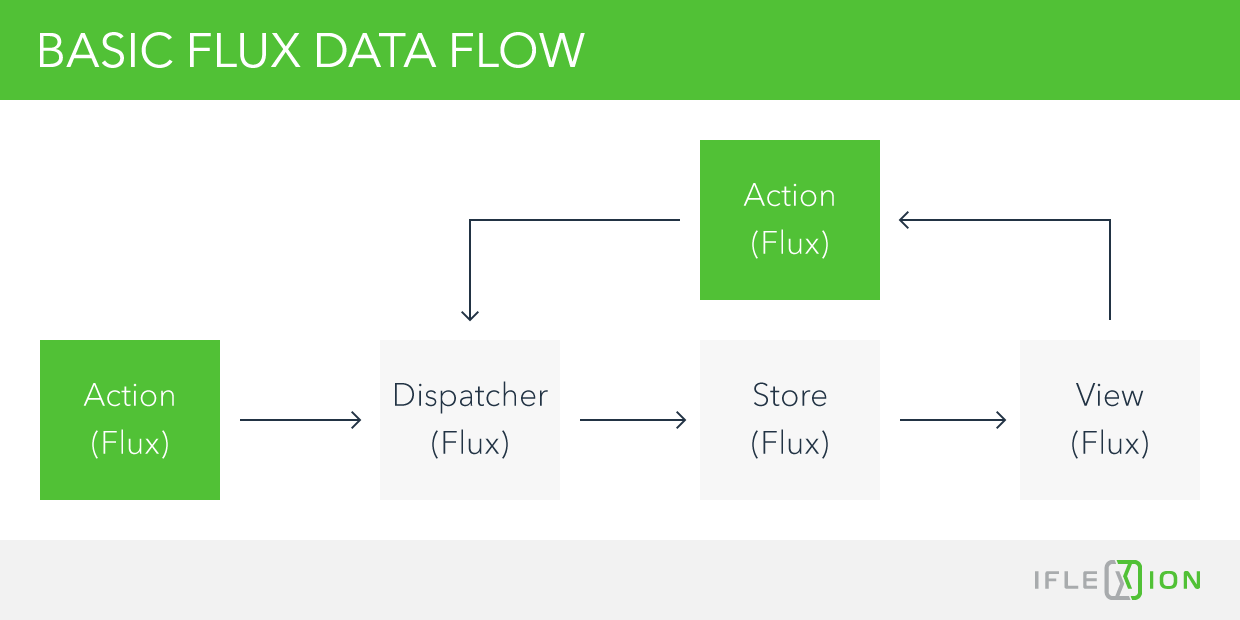 The React Native vs Xamarin debate has its advocates and antagonists on both sides, but in reality, developers used to working with JavaScript will be more comfortable with the React approach, while MVVM will appeal to those more familair with ASP.NET MVC, or Web Forms development. So at this point in time, any assumption that one method is superior to the other is probably subjective.

Developers used to working with JavaScript will be more comfortable with the React approach, while MVVM will appeal to those more familair with ASP.NET MVC, or Web Forms development.

One truly objective aspect of the Xamarin vs React Native comparison, though, is the degree of flexibility around IDE use. React Native wins hands down in this regard, since it can be used with just about any platform and text editor. That being said, some IDEs are more compatible with RN than others. The most popular platforms include:

Xamarin is almost a polar opposite to RN in terms of IDE flexibility, being almost completely unsuitable for any platform other than Visual Studio. It's not that using other platforms is impossible, but the nature of coding in C# is such that any IDE other than Visual Studio will frustrate your developers to the point of distraction. While a seasoned C# developer working on private projects might enjoy the challenge of using a different solution, Visual Studio is really the only viable option for commercial app development. If you're planning to have a development company build your apps for you, this lack of flexibility is unlikely to present an issue, but it's certainly something to consider if you will be developing in-house.

One truly objective aspect of the Xamarin vs React Native comparison, though, is the degree of flexibility around IDE use.

Speaking of in-house versus outsourced mobile app development, you might wonder how any of the points made in this article really matter if you'll be working with an external development company. In answer to that question, some of the points will factor in the performance, quality and user experience of your apps, and others – in the development costs. For example, a cross-platform development tool that's easier to learn and use will likely attract lower developer salaries and higher availability of developers, which should result in lower development costs for your company or organization. But what makes a platform easier to learn and use? 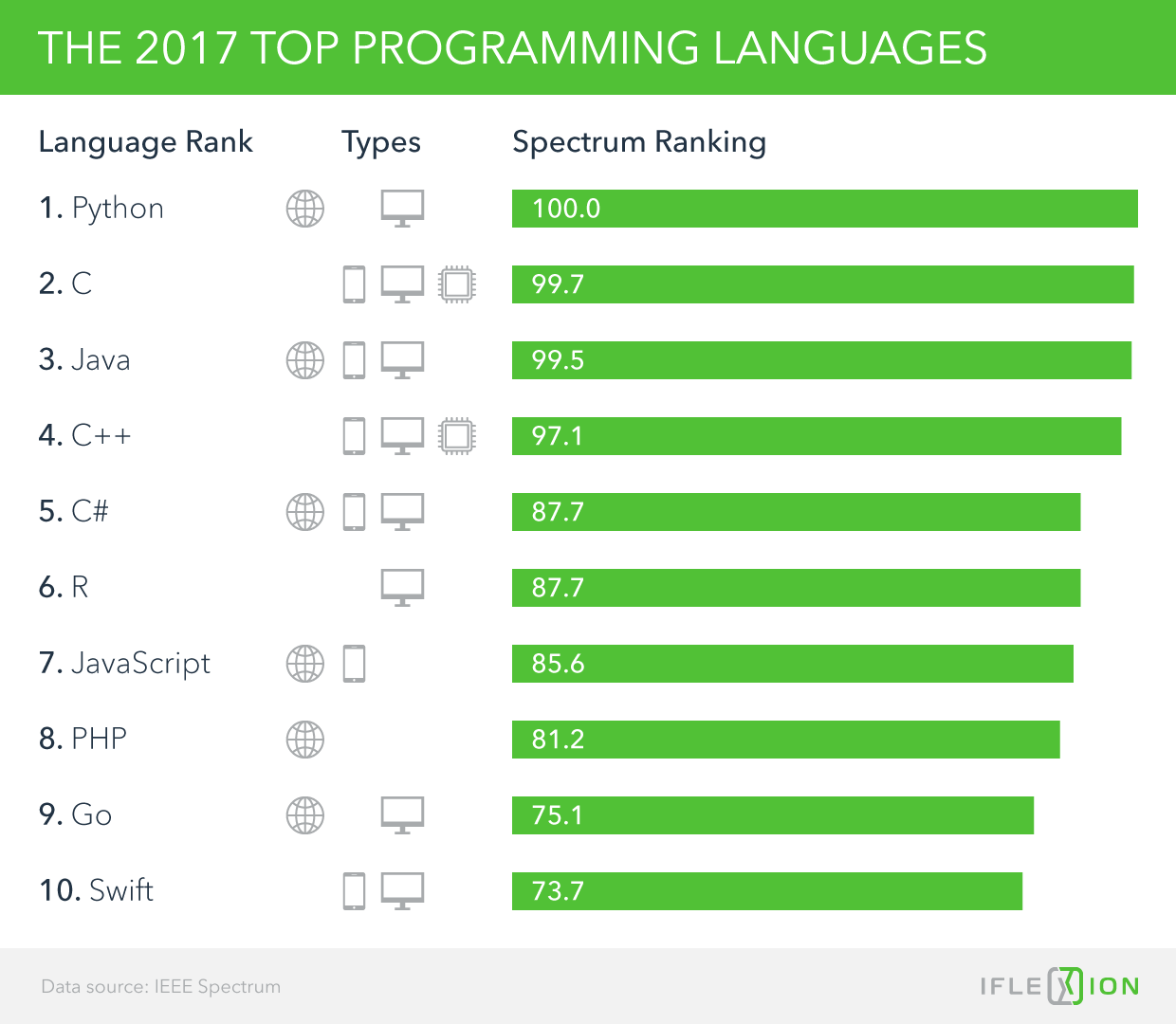 Certainly, the programming language plays a large part in the "developer-friendliness" of a development tool. Both C# (used by Xamarin) and JavaScript (used by RN) are popular languages and considered relatively easy to learn, hence they may not attract such lucrative salaries as more advanced languages like Java and Objective-C. According to research by ChallengeRocket, 2017 salaries for both languages were projected to be similar ($89,000 for C# and $92,000 for JavaScript) and lie in eighth and ninth place in the top ten of programming language salary rankings.

To a certain extent, some of the characteristics already mentioned have an impact on a development framework's popularity. In the Xamarin vs React Native debate, for instance, Xamarin's dependency on Visual Studio, whilst presenting a drawback for flexibility, can actually be a benefit in terms of popularity. Visual Studio is after all a popular IDE with many features that simplify a developer's task. React Native is editor-agnostic, which can in its own way make it easier to use, as developers may be able to choose the IDE with which they are most comfortable. It also has some inbuilt features of its own which make it highly usable, such as the "hot reloading" that saves developers from having to recompile an app after code modifications. Though Xamarin has, in fact, received a similar feature with a recent update, React Native developers have been putting it to use for years. Both tools offer some pre-built components to help speed up and simplify app development. React Native should actually be a way out here, because its whole approach to mobile development is based on a modular structure, which minimizes the amount of code that must be compiled from scratch. This factor will become even more important as React Native matures. Right now though, its value is limited by a relatively small number of components available, and as many of these are written by third-party volunteer developers, the quality is sometimes questionable.

So Which One's a Winner?

In the comparison of React Native vs Xamarin, the latter still holds pride of place among the top three cross-platform native development tools, while React Native hasn't yet reached the top ten. However, React Native is still a relatively new framework and its popularity is on the rise in a big way. Which of the two tools would best suit your development needs?... Of course, we can't answer that question definitively, because the needs of every business are specific and possibly unique, but we can summarize the views expressed in this comparison and offer a general opinion regarding scenarios for which each framework is best suited.

Xamarin vs React Native: The Summary 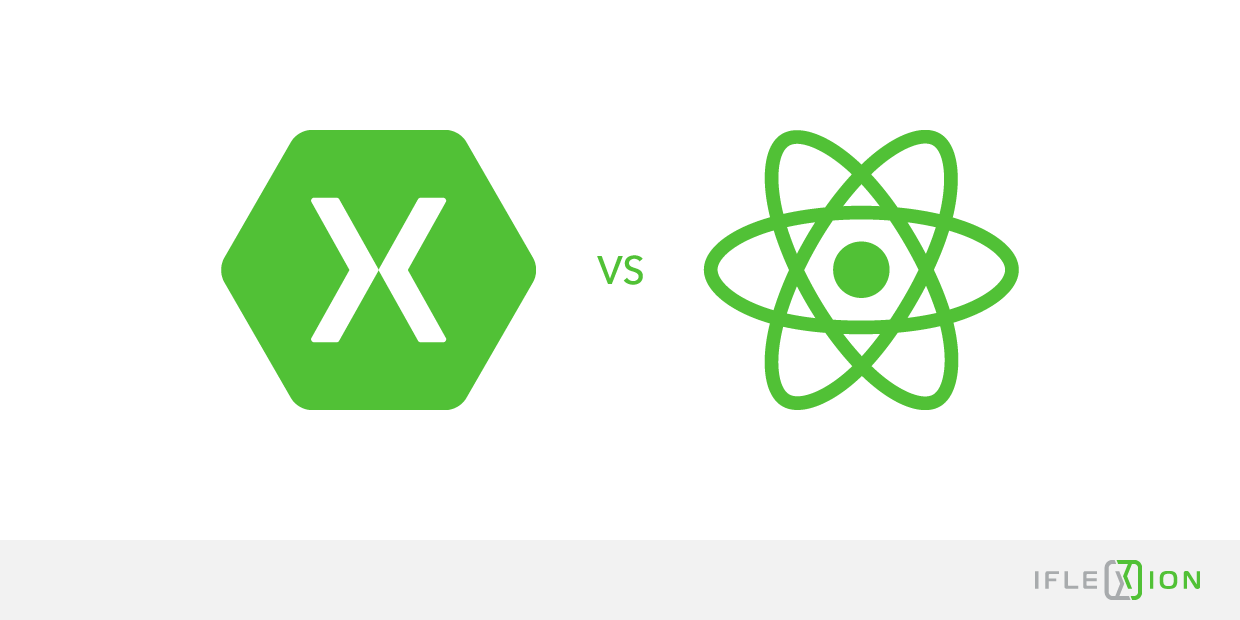 Xamarin vs React Native: Our Conclusion

Xamarin and React Native are both very capable frameworks for companies wishing to build high-quality mobile apps. Given the licensing issue surrounding RN, its all-round flexibility, and simple approach to building apps up module by module, it's probably an ideal choice if you plan to build mobile software using an internal team—especially if JavaScript development is already a strength in your company. Before you commit to development with RN though, you'll probably want to evaluate the level of risk presented by the Facebook patent clause in the license, especially if your apps will become part of a patented product or you're hoping your business will one day be acquired by a larger company. If your company has access to skilled C# developers, Xamarin is also a great platform to invest in, as many Fortune 500 companies will attest. Your development team will ideally need to be proficient in the use of Visual Studio. Because Xamarin has a slightly more conventional approach to coding than RN, and uses a slightly more risky MVVM design pattern with two-way data binding, you may prefer to engage a Xamarin development company to help you build your cross-platform mobile apps.